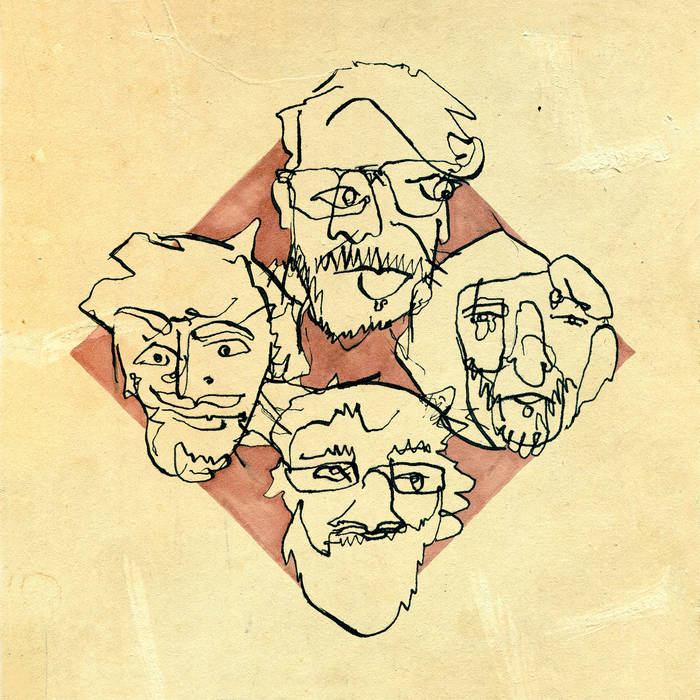 Stealth Chicken likes fluttering around.
Using its eggselent stealth powers it sneaks into the palace of the Lizard Queen.
There, inside the throne room, it walks to the pedestal on which the Orb of Xat'zual rests, bathing the room in emerald light.

By touching the ancient orb it opens the portal.

The Kobold is already waiting but can't see Stealth Chicken because
its stealth powers are activated (and eggselent). Angry, Kobold blindly thrashes at the air in front of him but to no avail.

Stealth Chicken already found the Wand of Yelvorix which opens up the Twilit Rift through which The Chicken, still concealed by powers of stealth (eggselent), arrives at its final destination.

Walking up to the Nest Of Qhorrash, queen of all spiderfolk, it chants the Song Of Destruction.
Qhorrash sees it coming but too late, dying in a wall of cosmic fire, leaving behind only ashes.

"Stealth Chicken", the new album by Kanoi & KRPL and follow up to "Das blutige Samenkorn", again consists of
3 completely improvised tracks (this time even including brass instrumentation on one of them)
and delivers about 40 minutes of new, spacey and slightly weird music.

Music performed and produced by Kanoi and KRPL in Graz and Arnbach!

artwork and design by Jan Weiler

Bandcamp Daily  your guide to the world of Bandcamp

Featured sounds from Fly Lo and Ahmed Idris, plus Mother Nature hops on to drop off new project